Board: Cohesion 3D board with built in trinamic drivers

Problem/ Question: Y-Axis (forward and back) moves and homes, X-Axis (left and right) doesn’t move at all. X-Axis has power applied and is locked in position but wont respond to commands from lightburn. I’ve tried to disconnect the ribbon cable and jumper the stepper to the x-axis position directly on the board but there’s no response. Ive attempted to connect a different stepper to the X-axis on the board and still have no response.

Welcome to the forum!

Let’s start with pictures of your machine, board, and wiring so we can see how you have everything hooked up now.

All the stepper drivers on the board are tested at the factory so it is strange that a driver would be not functioning, but still possible.

Do you hear any grinding when you try to jog the X axis or are you getting no response at all? A link to a video of the behavior would help us diagnose the issue.

I’m currently at the office, so I will have to take photos when I get home. I have a few observations I’ve made since making this post. First a little background: When I purchased the machine I made no attempt at using the stock board. I purchased the C3D board a few weeks ago and both of the items arrived at roughly the same time, so I went ahead and did the upgrade. The K40 that I purchased has the nano board with the thin white ribbon cable which I assume is for driving the X-Axis and monitoring the end-stops. I mounted the C3D board and ensured the SD card that was included was firmly installed into the SD slot on the board. I connected all of the required equipment for running the laser (i.e water pump, computer etc.) and installed a fresh copy of the lightburn software. I followed all of the instructions for set-up with lightburn and when the laptop was connected to the laser, it automatically recognized the smoothieboard. After set up, I checked the box that allowed for automatic homing. The Y-Axis (toward and away from the laser tube) moved silently toward the tube and stopped after the limit had been met. The X-Axis, however made no movement. I opened the lid on the laser and attempted to move the X-Axis by hand. The axis had power applied and was difficult to move unless power was removed. The steppers in the laser only have a plug on one side of them and not the other, so I had no way of testing the cable. I did, however, connect another NEMA 17 stepper that I had laying around to the X-Axis plug on the board after removing the ribbon cable and still had no luck driving a stepper. I went ahead and switched back to the NANO board to male sure that it was an issue with the lasers default equipment and the laser ran fine. Also, i was able to run lightburn with the C3D board and the board fires the laser as it should, but doesnt move X.
An attempt to draw circles leave a bunch of vertical lines on the paper

It sounds like the initial setup went smoothly, which is great. We are sorry to hear about the X axis issues.

Following up - we need to see the pictures of your machine, the connections as you have them hooked up to the LaserBoard and any other electrical components to help troubleshoot properly. 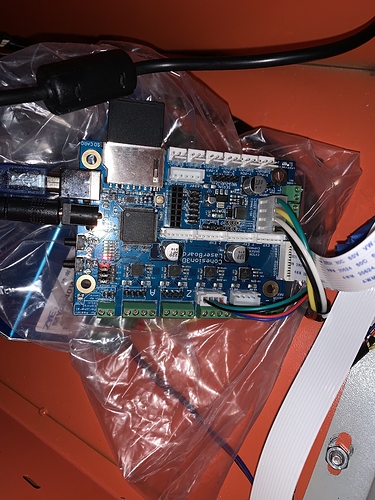 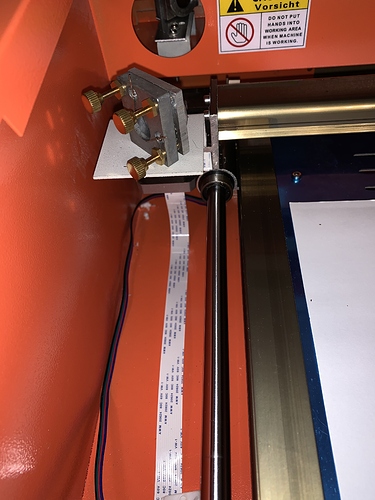 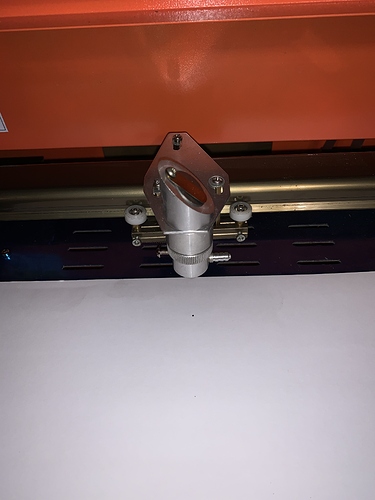 The board is not attached anymore as I needed to use the laser and was forced to go back to the nano board. The board has been insulated to prevent grounding and also allows for an easier view of the plug configurations

Thank you for the additional information, Mack. Please fill out the contact form on our site with the order info and a link to this thread so that we can arrange a resolution.