Problem/ Question: I just received a few days ago my cohesion3d laserboard. I had no problem with my m2nano onto my k40.
My version is the one with the white ribbon (for X axis) and the Y axis is with 4 wires.
I saw the problem sometimes comes from the contact between wires, but mine seems ok.
When i start a job with lightburn, the X and Y axis are moving. If i keep the test switch button pressed on my k40, the laser is firing but with no modulation of course (100% of power).
What can i check please?
Regards !

Hi Sylvain, can you please provide some pictures of the LaserBoard and wiring? We always ask for pictures and try to go through some diagnostics to start with. Since you are able to run a job but the laser doesn’t fire we’ll definitely want to get a photo of the large connector that goes to the LPSU since that controls the laser firing.

Let’s also get some photos of the LPSU, and any text or labels where the wires connect to it. Confirming everything is wired up correctly is our goal.

Sorry for my late reply. Here are the pictures needed 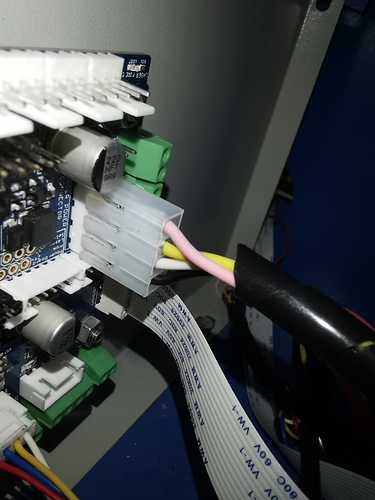 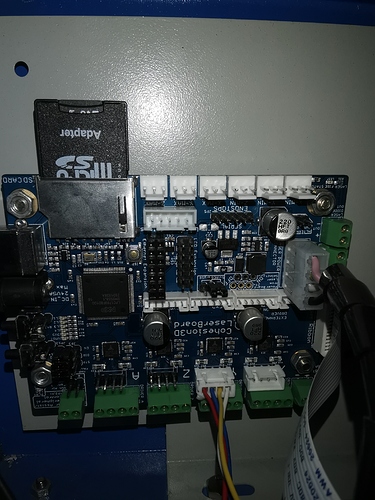 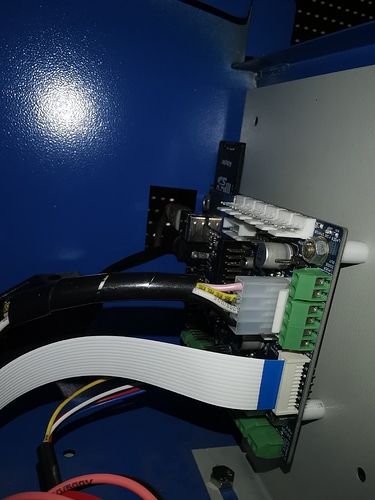 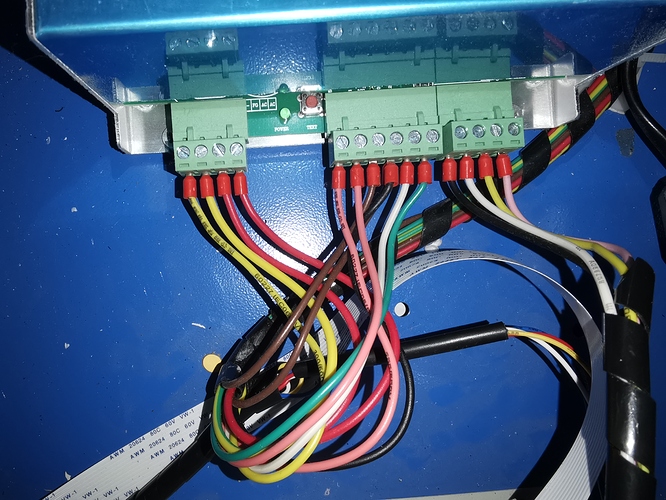 Sylvain, thanks for the photos.

The Laser Fire and Ground wires appear to be running from the LPSU to the LaserBoard properly, but let’s check on that. 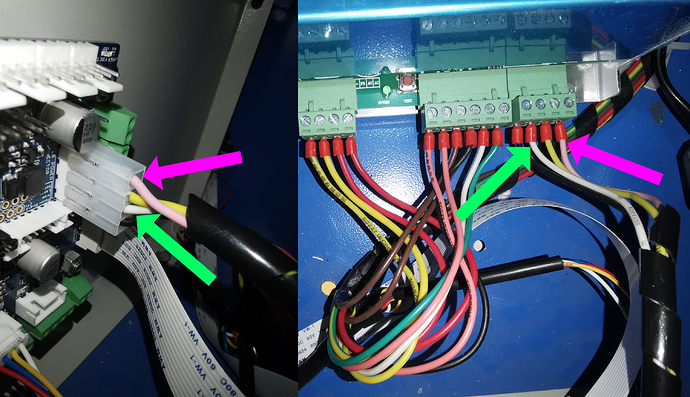 Can you confirm that the wires match properly to the colored arrows? The pink wire appears to go from Laser Fire on the LaserBoard to the L connector on the LPSU, but without seeing the labels it would be good if you could confirm this. Same with the white wire, Laser Gnd going to G on the LPSU.

Most laser power supply units found in K40 lasers look like this, just check that your does as well.

There’s more info on LPSU differences in this article if needed.

You are here: KB Home LaserBoard Documentation LaserBoard LPSU Connection Guide The Cohesion3D LaserBoard has multiple laser control mechanisms, and can drive a variety of CO2 Lasers, Diode Lasers, and even CNC Spindles. In this article, we will...

Also, make sure the pink and white wires are in tight. Give a light tug to make sure they don’t pull out. If they are loose, get them tight to make a solid electrical connection.

The next thing you can try is to send some lines to the LaserBoard using the console in LightBurn as explained here: PWM tuning for Smoothie Firmware such as G1 X10 S0.8 F600

The laser head should move while firing. A red LED “Laser Fire Status” in the bottom left corner of the board should turn on. The image below shows the location of the LED with a yellow arrow. 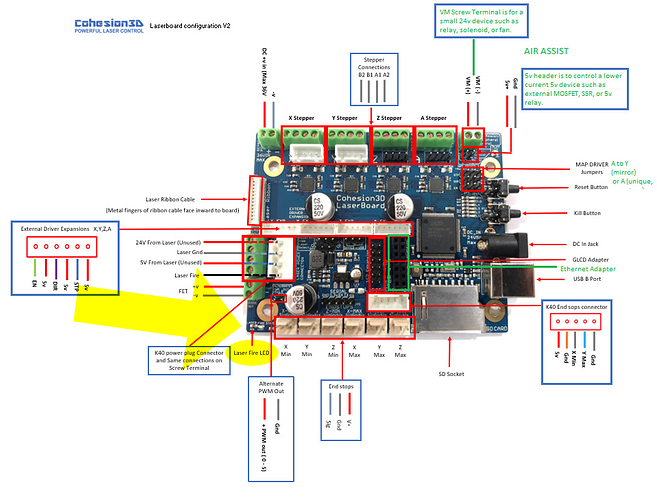 After you check all the wires and run the command, let us know exactly what does and does not happen.

Did you resolve your problem, because i have the same issue. Happy 4th.