Problem/ Question: It’s difficult to explain what’s happening but I’ll try. I think there is something wrong with my configuration file on sd, I mean, I set the proper size on device, I set front left as origin, but I’m getting incorrect movements… please look at video from this link:

Loooks like there is an offset to the right.

That’s something that shows up when trying to adjust camera with the alignment test:

I’m still usign the laser but would like to get the full benefits of this awesome board, thanks in advance for your input on this matter.

After installing the LCD I can read XY location and it seems it’s X0Y0 are a little bit off: 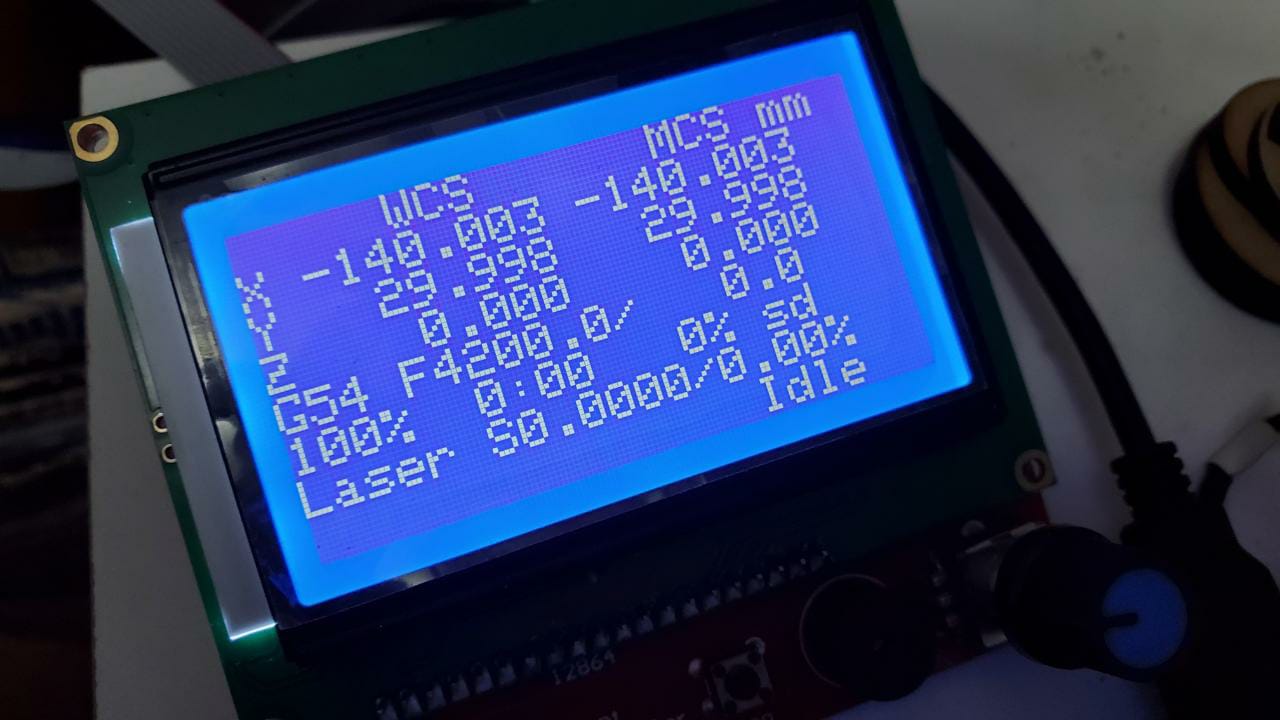 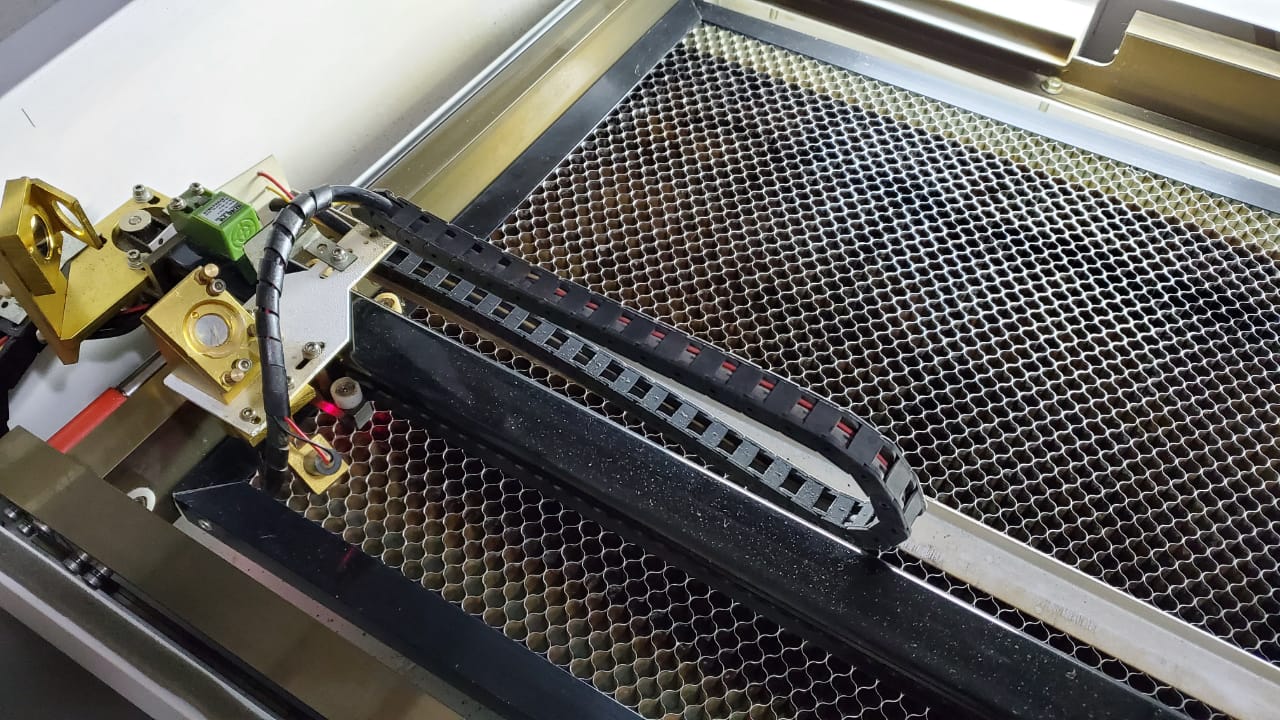 Did you command it to go to -140,30 and were expecting that exact quantity in the WCS and MCS fields? If so, here’s what’s going on. There’s a lot of math that has to go on to command a stepper motor to position the head at a particular place. The steppers themselves don’t have infinite resolution - if you’re using the default settings/onboard drivers then you’re configured for 1/16th microstepping, and the stepper motors themselves are 1.8° per step. With the microstepping, that equates to 0.1125° per microstep. This is translated to linear motion using a timing pulley and a belt. Next up: trigonometry.

I’ll spare the complicated math, but with the stock belt/gears for a K40 the resolution equates to 0.0063 (and change) mm/step, or 157.575 steps per mm (equating to 2521.200 microsteps). Now, since we can’t move a fraction of a microstep, some interpolation has to be done by the controller. It’s this interpolation error you’re seeing on the screen. It commands the laser to the closest whole microstep value to the desired coordinates. All motion control systems work this way; this is not unique to lasers, the Laserboard, Cohesion3D, Smoothie, or anything else. That’s just how it’s done. Some may be higher resolution than others (e.g. using higher microstep values, different belt/pulley ratios, leadscrews/ballscrews, etc.), but they all operate in this fashion, even the $250,000 precision CNC machines. The trade-offs for higher resolution, and thus precision, are usually cost and speed. This is why you don’t ever see e.g. ballscrews on a laser: they’re horrendously expensive and would slow the machine’s motion way down. Increasing microstepping usually has a negative impact on motor torque, too, so stopping at 1/16 microstepping is about where you want to be.

Also keep in mind that for a belt-drive laser there’s enough mechanical slop in the transport to where a command discrepancy of 3 and 2 microns, respectively, is completely overshadowed by that slop.

loather, I truly appreciate the time you took to kindly explain that to me, even if I don’t understand half of your post (not an engineer, I’m more into graphics) I can see the point.
Looks like my chinese laser hardware was struggling to move at the default steps per mm so I’ve just modify 157.575 to 106.67 in the sd card config file, loaded it and I can get proper X0 Y0 position, camera alignment worked too… 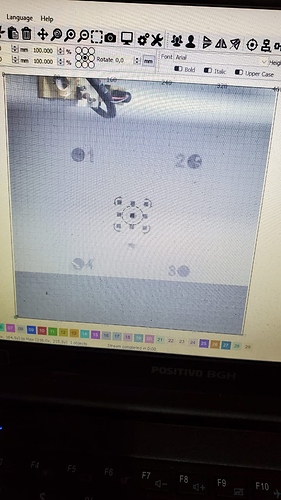 And move it back to Origin without issues.
Again, thank you very much for your help, I’ll continue testing (and learning) but at least now I can get consistent results.

Well, it could be related to the change I did in the config file on sd card but I’m seeing a difference in size, between screen and cut, let me explain:
I’ve imported an .svg file, size is about 160mm, and that’s what I can see in Lightburn screen:

But then, when I cut size is way smaller:

This same thing happens if I use Lightburn tools to build the circle.
Again, I’m pretty new on Lightburn so maybe there is something I’m missing…