Adding an additional digital milliammeter to the stock analog meter

I purchased a 10 turn 1K pot to replace the stock pot on my K40. I also purchased a high accuracy digital milliammeter. My question is, can I just run this ammeter in series with the existing analog meter? Will this have a negative effect on laser power and PWM performance? The digital one I purchased is able to connect to a separate power supply for operating voltage. A link is attached.

I am trying to get a readout of current settings other than attempting to read the analog needle. 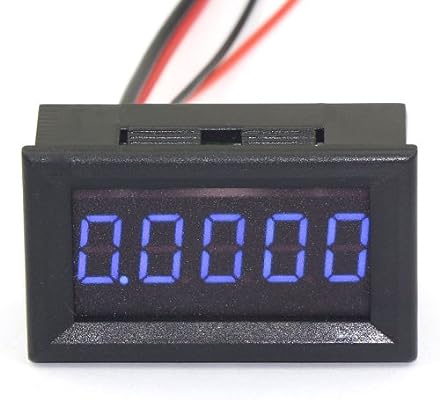 Sorry, I’m not familiar with the product you have linked and am not sure how it works. I can only recommend to use the items we recommend and that the laser community agrees on as a whole, in other words, sticking to the basics.

Thanks Ray. If I get it installed and it works well I will post my results and a wiring diagram unless you prefer I do not

So I have successfully installed this meter on my K40. There are 2 thick wires on the meter that get installed inline to the laser current. Find the wire from your analog ammeter that connects directly to the output end of you laser tube. Remove this wire from your ammeter and connect it to the red+ lead on the digital meter. Connect the Black lead from your digital meter back to the open terminal on your analog meter. The thin red wire powers the display and can be connected to the constant 5vdc terminal on your pot. The black thin wire is left unconnected.

In effect, you are simply breaking the current loop between your laser tube and ground and slipping the ammeter in. This mod has been working well for me and combined with the 10 turn pot and resistor I installed allows me to both adjust and record ma readings with much higher precision. The meter has a resolution of .0001 amps or .1ma. Very happy so far

I’m curious as to how this will hold up over time as I’m looking to put in something similar. I’m just wondering what power level this is rated at as you’re sending kilovolts through it, albeit at milliamp levels. Have you noticed the shunt resistor getting hot? I’m not an electrical engineer so don’t put too much faith in what I said.

Good question. The shunt resistor is not getting hot but high amperage would cause heat. The high voltage would be concern for arcing. I may be wrong so someone correct me please if I am but since this is being installed on the ground side of the tube, there should be almost a zero voltage drop across the shunt. Working great so far

That’s right, on the ground side of the tube it should be relatively safe. There’s a huge voltage drop across the tube, so the potential goes down from 16-20ish kV (depending on psu) to a few hundred (a couple thousand max) volts across the meter. Arcing and burn-across on the board would still be a concern at the higher end of that spectrum but it’s honestly pretty safe.

Important note on the design of ammeters in general: The shunt has a low - but well-known - resistance by nature so a very small portion of the current runs through the meter instead of the shunt. The meter itself has a much higher well-known resistance, but that’s usually due to the coils in the movement in the case of an analog meter. In a digital meter it’s actually measuring voltage drop across a calibrated resistor and using Ohm’s law to solve for I. At worst, you end up burning up the ADC in the meter, but that’s unlikely unless you pull a ton of current through it (if that happens you have bigger problems than burning a $10 meter).

Thanks for the info guys. I should have thought about the voltage drop across the tube, but I honestly wouldn’t have had a clue about how much it would be. That all makes good sense and now I feel confident I can add some digital measurement in to my machine.

Provided it is made like a proper amp meter, it should have a very low ohm shunt, and the “meter” reads the voltage drop across the shunt. Generally the resistance of the shunt is so low that it does not affect the current thru it. The same current flows through each meter so each will read the same.
Fred